If you translate Goblet literally, it means goblet, but the shape of this cup appeared in the sacrament of Jesus, so it can also be called the Holy Grail. Such cups generally have several characteristics, such as a large opening, shallow depth, a wide and flat bottom, and a thicker wall. Then there is a slender neck underneath, which looks very majestic. The shape of the cup used to be It is used to hold holy water, so some people call it the “goble of fire”. There are also many holy grails inlaid with a metal rim at the mouth of the cup, and the sound is very nice when clinking the cup. The shape of the cup like the Holy Grail emphasizes the performance of foam, so it is generally possible to use the Holy Grail for beer with two fingers wide and fine foam. This wide-mouth and shallower cup also helps to have more bubbles in the wine. Generated to supplement the thickness of the foam layer and slow down the disappearance of the foam.

There are not many types of holy grails, but they are basically excellent beer types, such as Belgian Abbey Beer (Trappist, Abbey Beer), Strong Ale (Strong Ale), and Strong Dark Ale (Strong Dark Ale). ), Dubbel, Tripel, and Berlin wheat beer from Germany are all suitable for this cup. 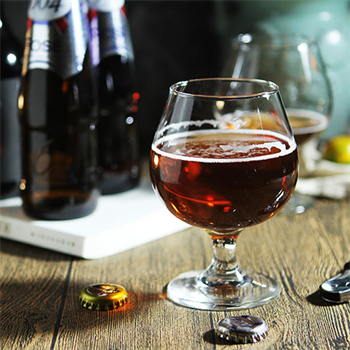 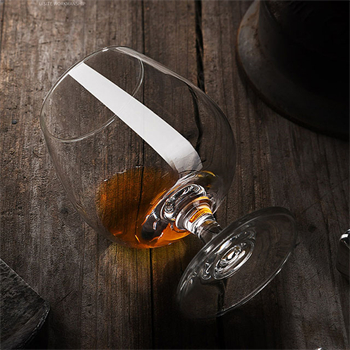