This kind of cup is also very common in our homes. It is usually used for drinking brandy. Generally, it has the characteristics of a wide and flat bottom, a shrinkage of the cup, a shallower glass, and a relatively thick neck. This type of cup is used for beer. It is to capture the aroma of the wine itself and keep these flavors in the smaller mouth of the cup. When drinking, our nose will be exposed to the densest smell in the cup, and the design of the big cup and the small mouth is also easy to shake the glass to stir the beer. , To promote faster dilution of the sediment in the beer.

Another kind of tulip cup that is open to the outside is relatively common. It also emphasizes the performance of foam on the basis of the characteristics of the tulip cup, so open the opening to allow more foam to be reflected.

Basically suitable for this type of beer mug is the same as the tulip mug, like some more emphasis on foam, such as American pale ale, Belgian strong el, dark el, Flanders red el, etc. are more suitable for this kind of opening. Tulip cup. 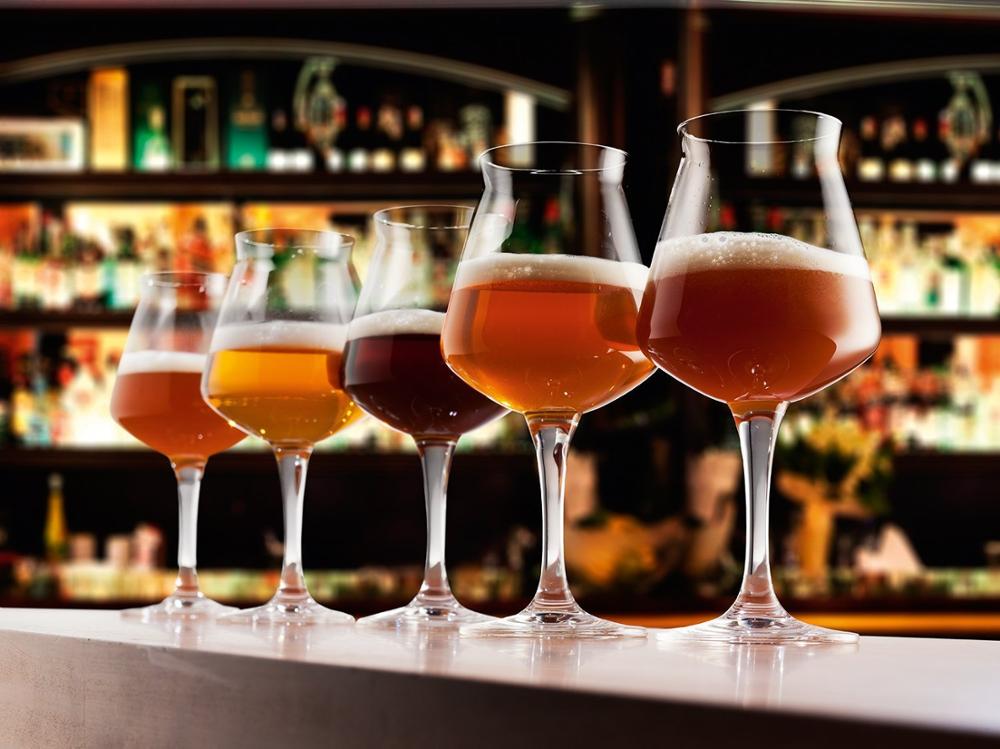