The glass of beer glass is inseparable from the Pilsner beer. As I said before, the golden body of the Pilsner beer is best represented by the glass, and the shape of this glass is also suitable for drinking beer.
After the Pilsner-type beer mug was used by the Americans to carry forward, its variant finally went to the world, and the Pilsner mug became the most widely used beer mug after the draft beer mug. It is usually thin and long, with a small cone-shaped mouth and a small bottom, and relatively thin, because it emphasizes the crystal clear color of the Pilsner beer and the process of bubbles rising. In addition, the wide mouth is to keep it at the top. The foam layer and the guarantee of its retention time are basically in line with Pearson’s original design. It is transparent, golden yellow, with many bubbles, and suitable for free-flowing drinks.

The Pilsner Cup has a wide range of uses. In addition to the American pale beer that we can drink every day, it is also suitable for German-style under-fermented beer and European-style pale beer. 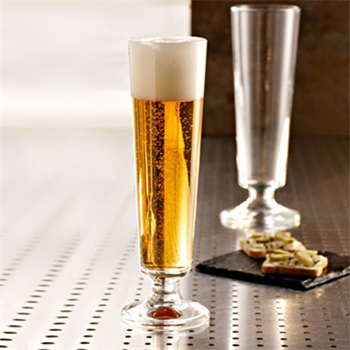 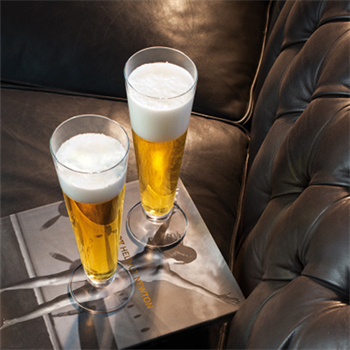