Until now, I have never found a cup shape that not only perfectly displays the flavor of whiskey, but also brings a perfect enjoyment experience. Each cup shape has its own advantages and disadvantages. Therefore, I prefer to drink based on whether the purpose of drinking is pure enjoyment or pure tasting (the two cannot be combined in my opinion), or the style, complexity, and age of the whiskey needed to be tasted. The difference between the awake state of the bottle and so on is used to determine which cup is more suitable. But sometimes the judgment can be wrong, so there are cases where the cup is changed in the middle.

Glencairn Glass
The British crystal manufacturer Glencairn has developed a scented glass for whisky chief bartenders and tasters, which resemble a whisky jug still. The slightly wider belly of the cup can hold a sufficient amount of whiskey, condense the aroma in the belly of the cup, and then release it from the mouth of the cup. The diameter of the mouth of the cup is slightly smaller than that of the ISO cup, and the rim of the cup is not designed to be turned or retracted. It is suitable for all kinds of whiskey 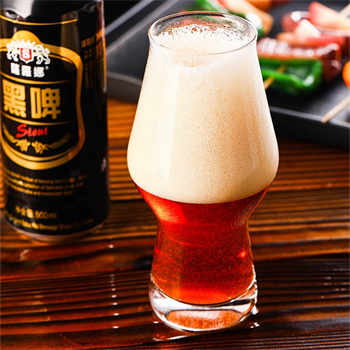